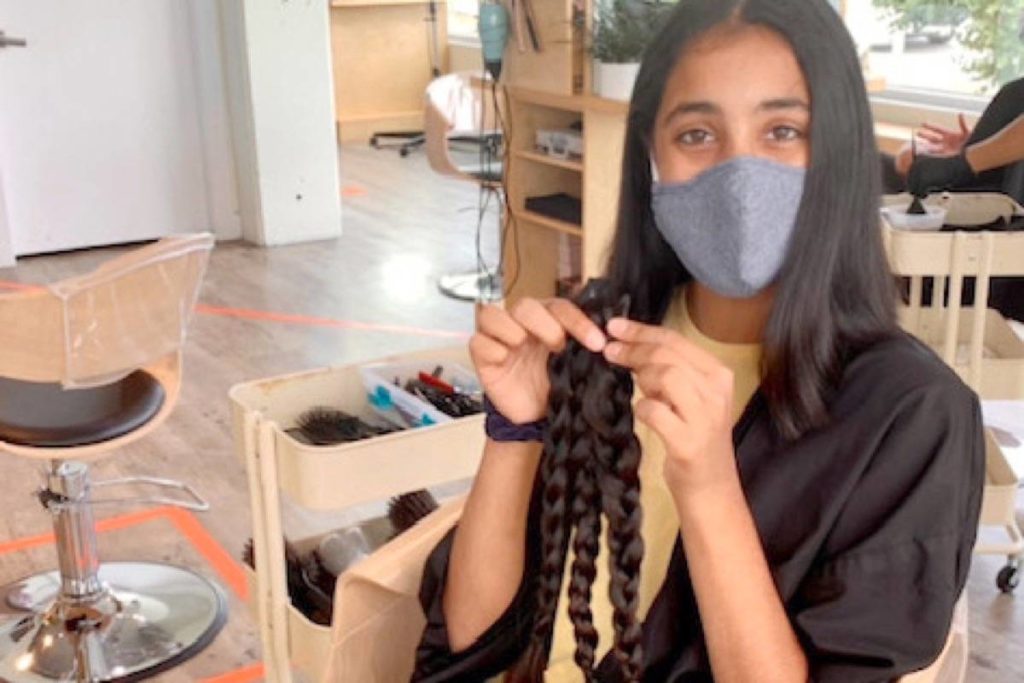 It’s fair to say that Serena Kullar’s 13th birthday was a cut above.

The South Surrey girl – who is entering Grade 8 at the new Grandview Heights High School in September – pledged in late May to raise $ 2,000 to support children suffering from hair loss due to cancer or other illness, and she gave herself until her birthday, June 30, to make it happen.

It was also the date she set to have her long dark locks cut for use in human hair wigs provided to children in need by Wigs for Kids BC. She had grown her hair for two years for this sole purpose.

Following a call the week before her self-imposed deadline, when donations barely exceeded the $ 1,500 mark, Serena not only succeeded in hitting her target, but she did. exceeded, raising a total of $ 2,025.

A total of 34 donors participated and Serena said she thanked each of them with a personal note.

When News from the Ark of Peace spoke for the first time about Serena’s mission, the 12-year-old said she does so in honor of her family and friends who are going through and had cancer.

This cause became even more expensive just before her birthday when she learned that the four-year-old daughter of a family friend had been diagnosed with leukemia.

She decided to dedicate the funds raised in honor of the young person.

As for her new style, Serena said brushing her hair was a snap now that she was 16 inches shorter to worry about.

â€œIt’s very light right now,â€ she said, noting that she can take care of it all in half the time it takes to unravel just one side.

On June 30, the stylists at JP Mode split it into three braids, securing each end with a rubber band to prepare for the cut. The braids were packed and delivered to the Wigs for Kids BC office in Vancouver the same day by another family friend, Harjit Johal, whose hair donation three years ago, in support of a friend who was undergoing chemotherapy, inspired Serena to sue.

Serena has said she might grow up and give her hair back one day – â€œbecause that was funâ€ – for now, she plans to keep it short.

Her mother, Kinder, said the experience was “a good transition” into Serena’s teenage years and that it was gratifying for herself to watch as a parent unfold.

â€œShe had a goal in mind and she worked hard and had to do some research,â€ Kinder said. “I was very proud of her.”

Serena’s fundraising page is still live at BC Children’s Hospital F. Anyone wishing to donate to their campaign can do so at https://secure.bcchf.ca/SuperheroPages/main.cfm?Event=WigsForKids&Member=165799

Serena Kullar has raised over $ 2,000 for Wigs for Kids BC through a fundraising campaign and plans to donate her hair. (Photo provided)

Shoplifter’s “Chromo Sapiens” will soon have a permanent home – SURFACE