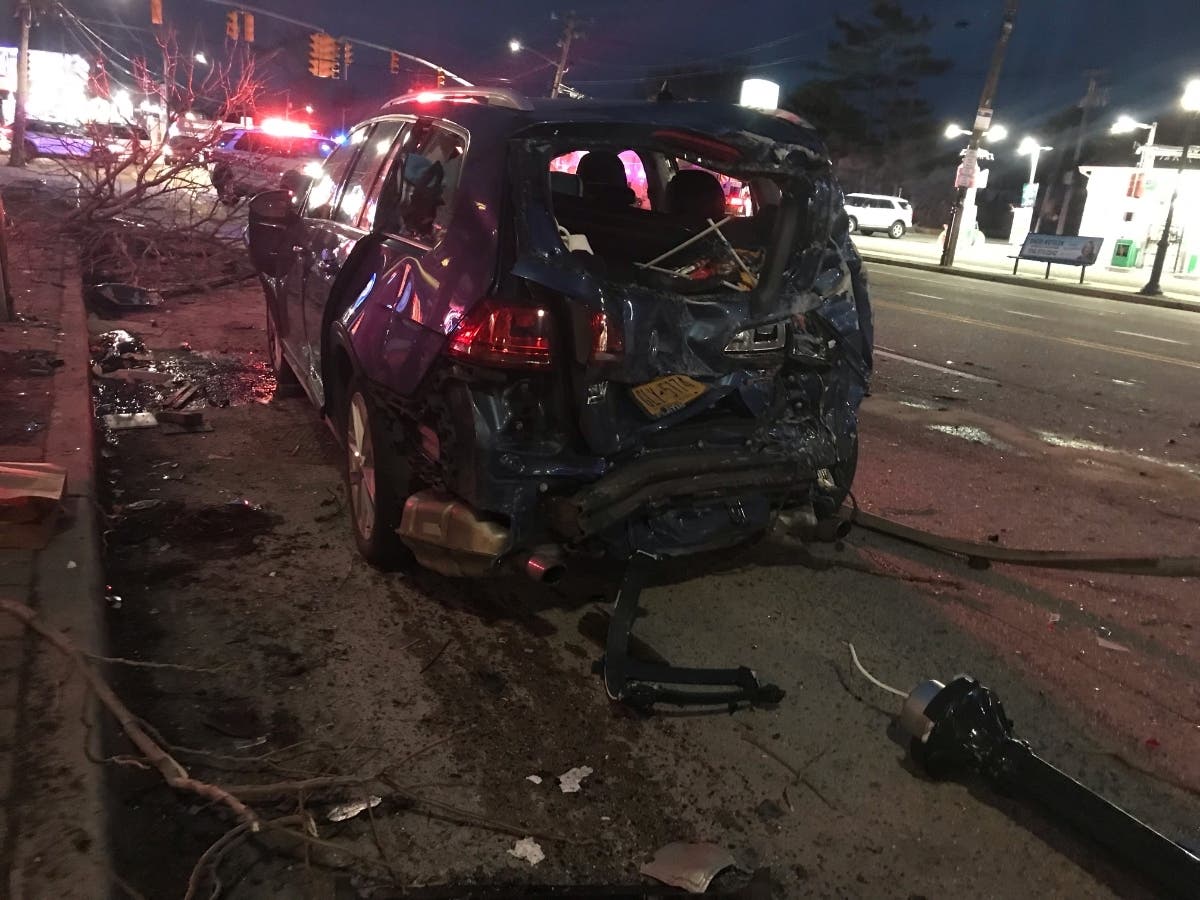 BELLMORE, NY – The scene looks like a war zone or a film set. A Nassau County (NICE) bus collided with several cars parked on Merrick Road just before 5 p.m. Thursday.

Police said there were no serious injuries in the crash.

Another NICE bus picked up passengers from the crashed vehicle.

Isabella Derlly, an employee of the floating cryotherapy center opposite the incident, heard the crash from behind the desk.

“For a minute I thought something was going to go out the window,” Derlly told Patch. “I was very scared.”

In the end, she and many others ventured outside to see the commotion. Several police vehicles and ambulances closed this part of Merrick Road at Bellmore Avenue.

One of the cars totaled belonged to Christine Valentino of Bellmore. The impact of the bus completely reversed the position of the car on the pavement.

“I think when he hit my car, the front of the car hit the light [post] and turned. He turned my car around,” Valentino said.

She was still wearing a blouse from the adjacent barbershop and knew there had been a serious accident due to the horrible sound.

Dylan Muccini witnessed the destruction of the bus. He was driving around the block and noticed the bus next to it, seconds before the collision.

“I see this guy hitting the pavement, completely tearing everything up,” Merrick’s Muccini told Patch.

Muccini’s car, a rental, was not damaged.

One of the lampposts that line Merrick Road was flattened in the street next to Valentino’s car.

A NICE spokesperson would not discuss the accident while it investigates. However, witnesses say the driver’s brake failed, causing him to crash into parked cars.

“It was basically a barrier to help him quit,” Muccini said.

He also saw sparks coming from the bottom of the bus and thought it was going to burst into flames.