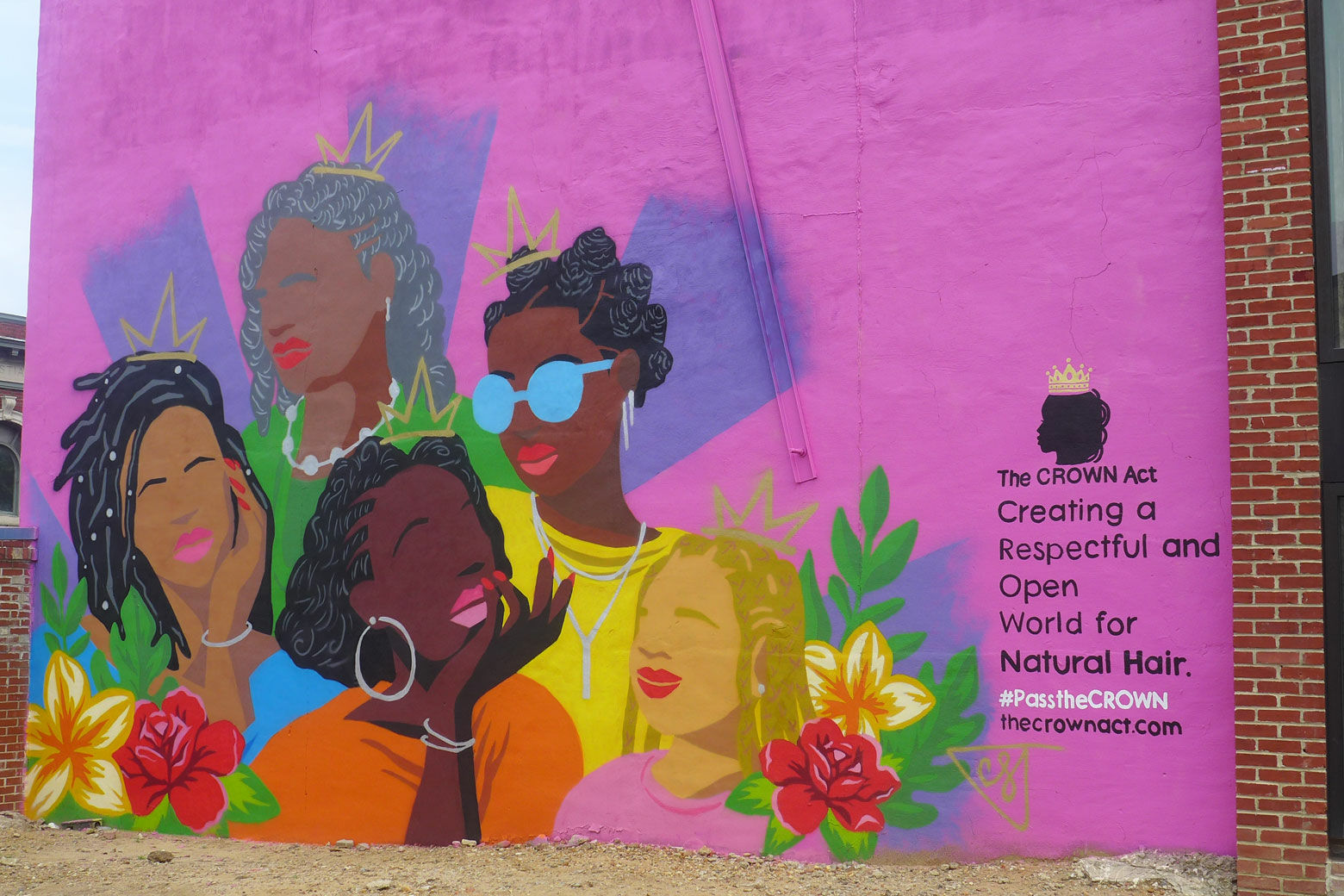 The district commissioned the piece from artist Candice Taylor, based in Ward 8.

â€œIt’s about celebrating the independence of dark hair, amplifying black beauty,â€ Taylor said. “I wanted to create something that could radiate that kind of dark joy and hopefully instill some confidence in black women in terms of how our hair looks.”

The mural features five black women of different skin tone and age groups, each with a different natural hairstyle. The work draws inspiration from and defends the CROWN Act, a measure introduced in cities, states and counties across the country that outlaws discriminatory hair policies that often target people of color. (In the DC area, only Montgomery County, Md., Adopted it.)

Taylor said the themes behind the mural were personal.

â€œAs a black woman I’ve been in situations where I felt pressured to comply,â€ Taylor said, adding that she wore her hair in slicked back styles before adopting the multi-colored locs she wears. now.

â€œI’m now comfortable expressing myself through my hair, while there have certainly been times in the past when it wasn’t such an open idea. “

The mural is one of seven works commissioned from local artists this summer as part of the District’s DC 2021 mural program. Murals are expected to be installed in wards 1, 2, 5, 6 and 8 – all centered around the themes of social justice, unity, respect for the environment and DC Pride.

â€œWith our first mural of the 2021 season,â€ Bowser said in a statement, â€œwe are proud to highlight an important cause and celebrate the rights of African American women, men and children to proudly wear their natural hair “.

As more municipalities pass laws to protect against discrimination in hairdressing, Taylor said, the trend is in the right direction.

â€œI hope this inspires and really encourages black women and women of color to continue to push the boundaries when it comes to how we express ourselves through our hair,â€ Taylor said.

Taylor said it was a huge honor to have his mural on display in his community.

“I spent time going up and down MLK [Avenue] when I was a kid, so that my work is now a focal point, a point of interest – I hope it just becomes part of the neighborhood. “

Murals DC, funded by the Department of Public Works and the Arts and Humanities Commission, has sponsored and supported 133 original public art works in each neighborhood since 2007.

Get the latest news and daily headlines delivered to your inbox by signing up here.

Â© 2021 OMCP. All rights reserved. This website is not intended for users located in the European Economic Area.