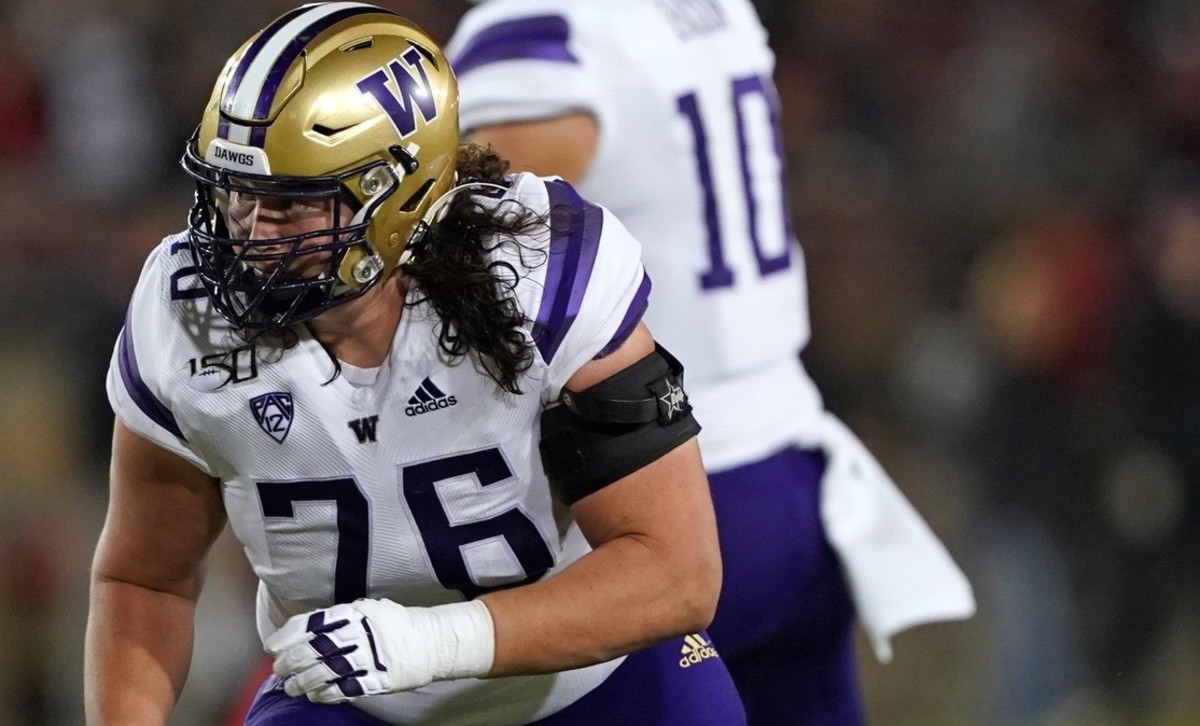 Luke Wattenberg has the longest hair of any University of Washington football player, according to Asa Turner’s stringy mane fluff on any given day, and the longest game day biography of any Husky.

He’s back for a sixth season of college football, an incredible fifth year as a UW starter, and he’s just starting to earn individual honors. He has played more games (42) and started more (36) than any other active player in Montlake.

Wattenberg, if he can stay healthy for another full regular season schedule, is expected to start and appear in more games than anyone in program history. He would surpass cornerback Desmond Trufant, a first-team in 47 of the 50 games played in 2009-2012 and now in the NFL.

This snapper is the real Husky Ironman.

The 6-foot-5, 295-pound Wattenberg from Trabuco Canyon, Calif., Possesses as much footballing talent as he does collegial stamina. Some analysts rank him among the top 20 offensive linemen in the country and have ranked him as the best center in the Pac-12.

He’s the man in the middle of five returning Husky starters and is part of the school’s heaviest offensive line.

â€œAnytime you can spend two years with the same guys, the five guys, that’s a big deal,â€ Wattenberg said. “We’ve all had playing experience, not really rookies, and it’s great.”

Moving down the list in numerical order, this is another one of our post-spring assessments of all the Husky talent on hand, gleaned from a month of sightings, as a way to keep all the world engaged during the offseason.

Wattenberg wears the No.76, a jersey he has all to himself. Offensive linemen Kurt Gegner, Mike Briggs, Joe Sanford and Benji Olson have already pointed it out. No one will have it longer than their current wearer.

A longtime mainstay of UW football, first for coach Chris Petersen and now Jimmy Lake, Wattenberg started at left guard for two seasons and, as a redshirt rookie, at left tackle, the player’s financial position. line in the NFL.

During the height of the pandemic, Wattenberg kept his game together using a makeshift weight room he and his father assembled in the family garage in California.

He returned to Seatle and then made the smooth transition to center, replacing NFL-linked Nick Harris with no issues.

â€œThis is probably my favorite position that I played here,â€ he said of the ball hike.

A noted hard worker, Wattenberg maintained his superior strength throughout, even sharing the team top with inside linebacker Edefuan Ulofoshio in last spring’s Husky Combine. Both lifted 365 pounds.

Wattenberg, who was selected Pac-12 Offensive Lineman of the Week last season for his performance in a 44-27 win over Arizona, will bring back his long follicles, vast experience and versatility to the offensive line. for another go-around.

“I think I like him the most in the middle,” said UW offensive line coach Scott Huff. “So I feel good with him. He gets better every day.”

Barring unforeseen NCAA eligibility extensions, Wattenberg will soon take football to the next level and his departure from Husky will indeed be a strange thing. The NFL, however, will be happy to welcome his reliability and perhaps put him to work for six years or more.