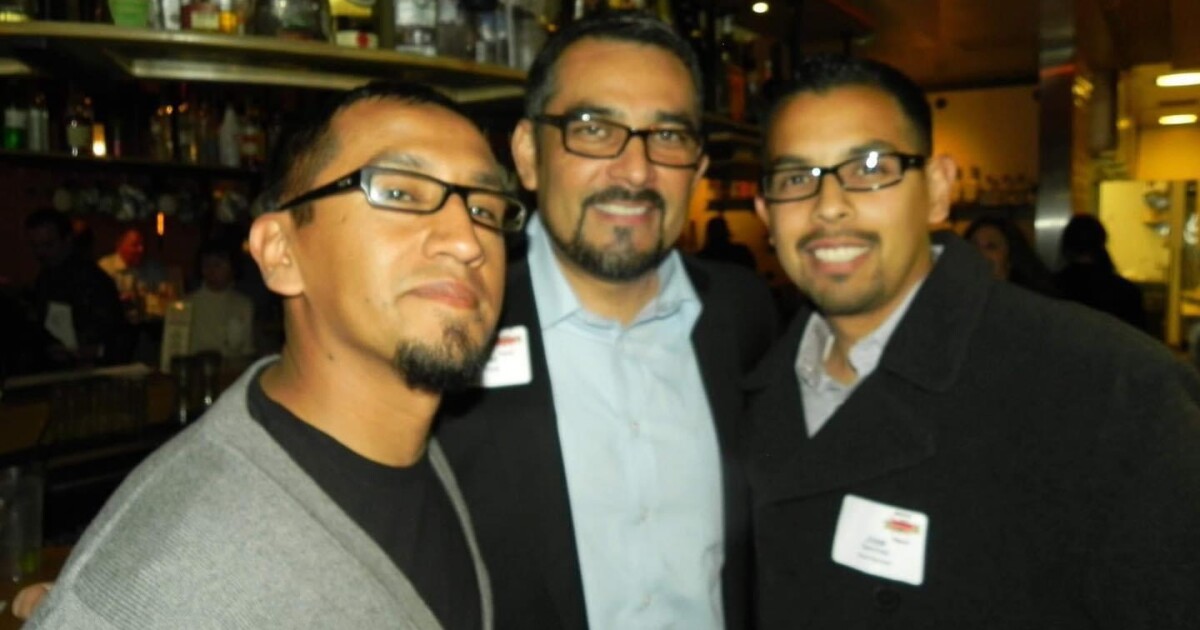 Oscar Santoyo never seemed to be having a bad day while working for Save Our Youth in Costa Mesa, a nonprofit that strives to provide a safe and welcoming space for the city’s teens.

That’s according to Jose Sanchez, who said he himself was at the center almost every day when he was still on the program.

Sanchez, now 38, said he was introduced to the program during his freshman year at Estancia High School. At the time, he was part of a soccer team that trained regularly at Rea Elementary School. He and the rest of the team would still pass by the Save Our Youth center – also known as SOY – on the way home.

“Every time I went there he would say, ‘Hey, you’re still here. Might as well join SOY. I was trying to be the cool kid and I was like, ‘No, I don’t need to go to this place.’ He was always joking with us and finally I was like, â€œI guess he’s right. I’m still here, â€so I ended up joining the centerâ€¦ that’s how I got to know Oscar,â€ Sanchez said.

â€œIt was really easy to talk to him and get along with him,â€ Sanchez continued. â€œHe was always asking how he could engage with you and was proactive in asking you about your hobbies, what you do and joking around with you. He’ll never say, ‘Hi, I’m Oscar. That’s what I think you should do, â€Sanchez said. “He was just trying to engage with you and whatever interests you.”

That’s why it hurts to hear that Santoyo passed away last weekend.

The Fort-Worth Star Telegram reported Tuesday police said Santoyo died from injuries he sustained Sunday night after hitting a Ford Escape in the back, causing Santoyo’s motorcycle to tip over and slide along the pavement. Santoyo was not wearing a helmet at the time of the accident and died of blunt trauma from being ejected from a motor vehicle.

Santoyo has moved to Texas in recent years, but came from Costa Mesa and was the first executive director of the Save Our Youth organization in its infancy. The organization began in 1992 in response to what was the town’s first drive-by shooting and fears of gang activity in western Costa Mesa, but found its place in 1993.

At the time, Jean Forbath, one of the co-founders of the organization, said SOY was mostly run by volunteer efforts, but was growing too quickly to continue without a team of paid, on-time staff. full.

â€œHe was our first employee,â€ Forbath said, adding that she had known him since Santoyo was in class with his own son at the Estancia. â€œI was on Oscar’s maintenance committee and he impressed us a lot with his concern for children and his ability to really work with them. They answered him very well.

â€œHe was from Costa Mesa. He went to all the local schools, so he had a common experience with all the kids, â€Forbath said.

Forbath said Santoyo didn’t have a lot of experience, but was happy they hired him despite it. In some ways, Forbath felt that Santoyo grew with the organization as much as she grew with it.

â€œThis is a very important position and I was in charge of this new organization which is trying to develop something special for the young people of Costa Mesa,â€ said Forbath. “We were careful to interview him and make sure he was the right person and we were glad we made the right decision as he did a great job getting started on a whole new organization.”

Mary Cappellini, the organization’s current executive president, described Santoyo as a force within the organization and said he has likely changed many lives in Costa Mesa, including Sanchez’s.

â€œHe was really great to work with all the schools and the students really loved him and he had a huge heart and a big smile,â€ Cappellini said, adding that Santoyo stayed for about 10 years before moving on to a position with them. Boys and Girls Club before joining the Boy Scouts of America in Santa Ana.

His Facebook page, which has since been transformed into a memorial, is responsible for comments from friends and mentors.

Sanchez described Santoyo as never demanding and a good listener. He called Santoyo “Big Osc” and remembers a time when Santoyo promised that if Sanchez and other students got a high enough GPA, they could play with Santoyo’s hair, including facial and real hair.

â€œIt was a great experience as a kid,â€ Sanchez said with a laugh.

â€œWe know Oscar. He was always very friendly, but he had to be tough when needed, but it was never in a humiliating way. He was the leader there and so as a kid any chance to play with the leader is good luck, right? He kept his word. We threw it on a chair and we shaved it, â€Sanchez said.

â€œHe’s the kind of guy he was. He would do what he could to involve the kids and for me that was his passion at SOY, â€said Sanchez.

Support our coverage by becoming a digital subscriber.

Biden, other politicians reprimanded for loopholes in mask protocols