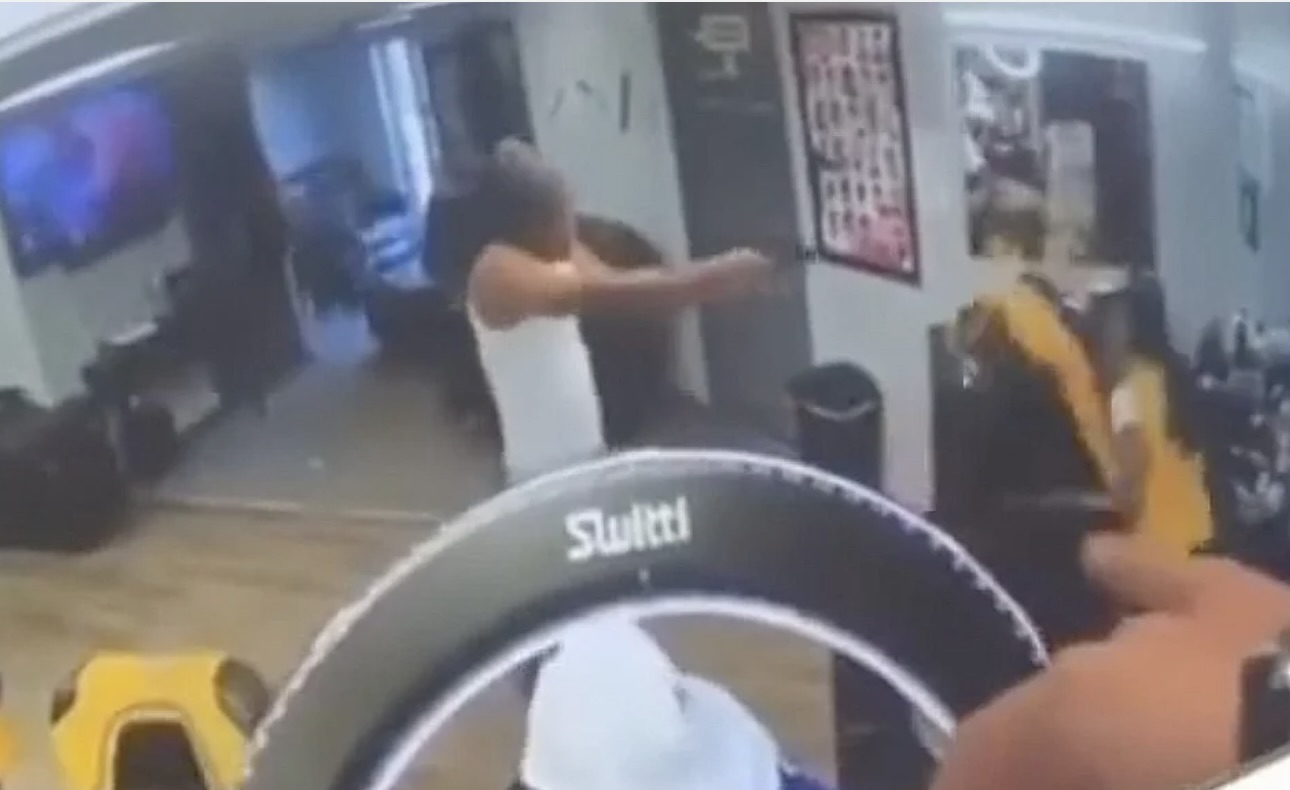 A graphic scene unfolded in East Baltimore last week when a man shot his 33-year-old barber and moments later was gunned down by a cop on leave who was in the barber’s chair on the train to have their hair cut, SCS reports.

The officer, who has not been named, is hailed as a hero for stepping into action and shooting a suspect while sitting in a chair in Bladi Style in the district of Medford being shot cut hair by barber Rafael Jeffers.

HERO: An off-duty Baltimore policeman shoots and kills the gunman who murdered the barber.

The shooter, 38 years old Carlos ortega walked in and fired shots killing hairdresser owner Jeffers as the cop on duty watched. After Ortega waved his gun to alert the cop to move out of his seat, apparently so he could shoot Jeffers while he was still on the ground, that’s when the cop pulled out his gun and fired a series of shots.

Once the cop positioned himself behind Ortega, he shot him down with gunfire, killing him.

“I was shocked,” said Jerry kempa of Baltimore. “I think it was great that the policeman was in there, because if he wasn’t, how many more people would he have shot? “

“Our hearts go out to the victims and their families who lost their lives very needlessly,” said Police Commissioner Harrison. “And that’s what we’ve been talking about for so long, conflicts and people resolving their conflict through violence, mainly gun violence.”

Jeffers is said to have owned the business and was originally from the Dominican Republic.

Police said last week Ortega traveled to three different locations and shot dead three victims, including two, including Jeffers and a 44-year-old man. Javier Villegas Cotto deceased. Cotto was shot dead in the 4600 block of Eastern Ave., near Greektown, according to reports.