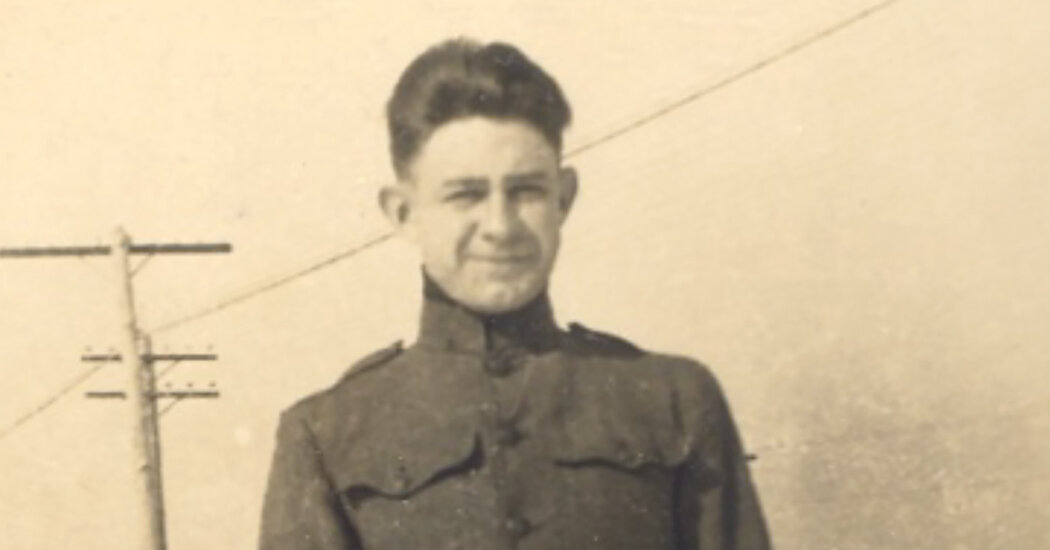 Bones in the backyard: how the police cracked a horribly cold case

On December 10, 1976, George Clarence Seitz left his home in Jamaica, Queens, to have his hair cut and never returned. His disappearance attracted little attention at the time and was almost forgotten for the next 45 years.

But decades later, Mr. Seitz was at the center of a much more modern mystery – one that captivated amateur sleuths online and led investigators to high-tech leads in search of clues.

This week, in a case with the makings of a prime-time TV drama, law enforcement officials said the decaying bones they found in a Queens backyard there at two were the long-buried remains of Mr. Seitz, and they charged another man from Queens with his murder.

The motive was theft, authorities said. Mr. Seitz, an 81-year-old World War I veteran, was known to take all his money with him, often thousands of dollars. He was killed and dismembered, a Queens prosecutor said, before being buried in the backyard of the home of Martin Motta – one of the owners of the barber shop Mr Seitz had gone to visit that day there in 1976.

Mr Motta, 74, was arraigned this week and charged with second degree murder.

To resolve the case, investigators crisscrossed the country and used genetic material from Mr Seitz’s remains crossed with public genealogical data from home testing services to locate his surviving relatives.

“It was a two-and-a-half-year investigation, we were relentless and we didn’t stop,” Mike Gaine, a Queens South Homicide detective, said Thursday at a press conference at the Department’s headquarters. police.

The first break in the case came from an enigmatic trick in 2019, when a woman called a detective in Queens and told him that she had lived in the borough in the 1970s and wanted to to get rid of something. When she was around 10, she told officers, she saw her mother’s boyfriend butchering a body and burying it in the yard.

The woman had waited decades to tell police about it because she feared intimidation and reprisal, police said. A day after his call, officers unearthed decaying human remains in a backyard in the Richmond Hill neighborhood of Queens, exactly where the woman had described it.

The find, in all its chilling details and historical sweep, was exactly the kind of true crime mystery that can still captivate audiences. Anonymous detectives presented the facts on online forums, and real investigators dug a case that seemed to provide few valuable leads.

For nearly two years, the remains were not identified, even after the city’s medical examiner was able to establish a DNA profile of the victim. It wasn’t until February, when the Queens District Attorney’s Office and police enlisted the help of an outside lab, that investigators were able to locate potential relatives using tracking technology. cutting edge and publicly available genomic data from companies like 23andMe and Ancestry.com.

Mr. Seitz was identified shortly thereafter. The ensuing investigation – which involved witness interviews and file searches in five states – led them to “crucial evidence” that linked Mr Motta to the crime, Queens District Attorney Melinda said. Katz, in a statement.

It is not known how or when Mr Seitz was able to get to the store, but investigators said he was killed by Mr Motta soon after. His body was dismembered before being buried in pieces in the backyard at 87-72 115th Street, where Mr. Motta lived at the time.

Mr Motta did not make any statement during that arraignment, according to Daniel A. Saunders, an attorney with the Queens District Attorney’s Office. He was denied bail and is being held at Rikers Island. A lawyer for Mr. Motta did not respond to a request for comment.

Neighbors in the quiet residential neighborhood were stunned by the discovery in 2019, when police investigators and a police dog descended on the 115th Street property. John Guido, who had lived on the streets for 40 years, said he then observed 13 police officers – one in white evidence suits – raking the yard and the dog digging frantically.

Mr Guido then said that the house had been rental property in the 1970s and had attracted “really bad guys”. The property was a bane on the otherwise scenic block, said another neighbor, Bill Corsa, who had also lived there for nearly four decades.

Lochan Rampersad, 55, has lived around the corner of 115th Street for almost 20 years. He had never known Mr Motta, he said this week, but he vividly remembered the frosty day when investigators discovered Mr Seitz’s bones in the very courtyard where he had once witnessed neighborhood barbecues.

â€œIt was a little scary,â€ he said.

Michelle Jones said she owned a salon called “Sistas in Style” that operated in the space where Mr. Motta and his brother, Benjamin, ran their barbershop from the 1970s to 1985. She said four agents of the NYPD visited him in early 2019, around the time Mr. Seitz’s bones were found in the backyard of Mr. Motta’s former residence. Detectives asked her if she knew the Mottas.

Ms. Jones told the officers the truth: she didn’t. But while she was managing the space – from 2016 to 2019 – she said random men also stopped by asking if she knew about the Mottas and telling stories about them.

â€œCrazy stuff, that they were in the game, dog fighting,â€ she said. “Oh, my God, the stories I’ve heard.”