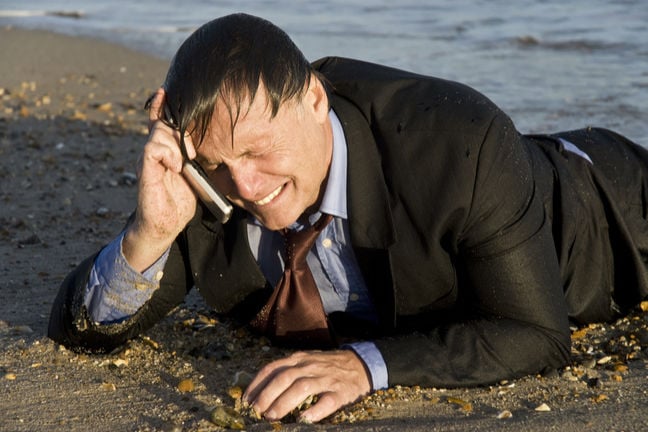 Column The entertainment for a pre-COVID fun night was finding a pub near the IT headquarters of a large company, looking for haunted and desperate-eyed customers, and kindly asking them how “the migration” was going. It didn’t matter which company or which migration. They are tough. They are wrong.

All migratory miseries are not equal. Imagine you are a global IT brand, trader back in the days when you were the undisputed heavyweight champion of the world, selling services and systems to other businesses based on your undisputed competence. Also imagine that your internal messaging system was so badly damaged that your employees could no longer shut up and went public with frustration and desperation. Imagine you are IBM.

IBM’s internal email failure is of Shakespearean richness. Tragedy, comedy, sharp emphasis, the decline of a big house, even greater disaster foreshadowed. We don’t know the details, as the company simply acknowledged the issues without commenting on the nature, scale, or prognosis. We don’t know, but the spilled beans form a pattern.

In 2017, IBM transferred the messaging systems it owned – Notes and Verse, which looks like a column in a 1950s literary magazine – to Indian company HCL.

IBM has used these products itself, as you are supposed to if you are a global IT company selling email. But after a while, he became uncomfortable with all of his corporate emails living away from home. IBM therefore decided to build its own infrastructure, to regain control. And at the time of migration, the 18-month-old project failed. Oops.

So many questions. Let’s start by explaining why IBM, the premier business services company, sold its business messaging offering. It was undoubtedly thought that the billion-and-change deal would offset the $ 30 billion + RedHat deal from the same era – but that’s not it.

IBM wants growth, and corporate email – especially a stagnant dinosaur like Notes – grows about as fast as Brian Eno’s hair. Whip it up, cut back on support expenses, add the sale price to the bottom line and investors love you. However, when the thing you get rid of is a staple of your business, the fun can get overwhelming.

Why did IBM take so long to build a local infrastructure for its messaging? It’s harder to explain, except through the magic of mismanagement.

It may be that a simple plan has become out of reach, with the “opportunity” to add enterprise Outlook services to a single managed messaging backend.

The complexity of the task may have escaped the architects, or an initial plan may prove impossible when a key element simply would not work in the new environment. Either option means many restarts and extension of the project. It could also be underfunding, corporate policy or simply incompetence. All of the above have cast migrations.

There are two other factors that could have sunk this one. The first one? Migrations that occur due to the sale of business units have the most difficult timelines for moving items that now belong to one party out of infrastructure owned by another. Security and compliance are nightmares.

The second factor is that IBM is IBM. If a bank decides to migrate a huge on-premises farm to the cloud, it can choose between vendors. If IBM chose AWS or Google or Azure, what would that say about its own cloud? Not an option. So you don’t always have the option of choosing the best tools for the job – often you can’t choose at all. If IBM Cloud was the best for this, then that wouldn’t be a problem. Raise up your hand if you think it is.

Could you take your eyes off Wall St for a second?

All of these potential issues that we have speculated on are just symptoms. Everything could be planned and planned, integrated into the decision-making process. IBM used to be good at foresight, planning and decision making. The reason IBM became an IT juggernaut in the last century was due to a combination of factors that depended on it: a ruthless understanding and manipulation of its customers, a corporate culture bordering on militarism, and a fierce focus. on engineering for specific purposes. It was unbeatable for a while. It took revolutions in basic silicon and software tools to reverse.

Unsure in a world where it no longer sets the rules, IBM has swapped the emphasis on technological engineering for financial refinement. It was – it is – a big, wealthy company, so by wiping out its assets and outsourcing its expertise, it could still find a way to achieve goals that rewarded investors at the expense of organic market growth.

Buy company after company as a “strategy” you can sell to keep the streets happy. Internal emphasis on engineering excellence? What does this have to do with global markets?

It works a bit, then your pants fall off. No one worries about finding reliable hardware these days – they worry about running complex projects in a complex data ecosystem serving the needs of modern businesses. Excellence in engineering can make this possible. Nothing else can. It is a different kind of engineering from that which forged mainframe computers from the technology of the 1970s, but it follows the same principles of analysis, knowledge, imagination and discipline.

IBM can no longer claim excellence here. He apparently missed a process that is the minimum viable product to sell to big business. Her self-evisceration of basic skills is such that she can apparently no longer even support herself for the most basic and established computing functions. And that’s not a good selling point.

IBM has one chance of salvation: to go back to engineering. It must analyze its own systemic problems, plan a path of reform with imagination and pragmatism, and execute with discipline. And you have to see it to do it, or the Cloud Dogs will tear it apart just like the Clone Dogs have ripped off its desks. But this time, there will be nowhere to go. ®

Edouard Mendy: “Winning the Champions League is the best achievement of my life”