Bombay (Maharashtra) [India], September 4 (ANI): Actor Arjun Rampal, who dyed his hair platinum blonde for the upcoming ‘Dhaakad’ movie is now “back to black”.
The actor took to his Instagram account on Saturday and posted photos in which he can be seen sporting his new black-colored hairstyle. Arjun spoke about an upcoming project he got this new look for.
“Back to Black. On another. More details later. #TheReturn #jarpictures thanks again @aalimhakim, you just got the character,” he captioned the post.

The ‘Rajneeti’ star also posted a Reel in which he captured the transition from blonde to black in the blink of an eye. 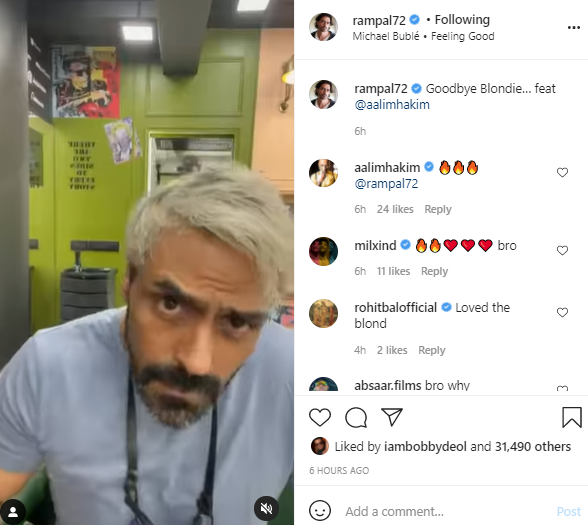 Fans flooded the comments section of Arjun’s post with heart and fire emoticons.
“My mate looks sharp,” wrote one social media user.
“Both still beautiful,” added another.
Actors Kangana Ranaut and Divya Dutta are also part of ‘Dhaakad’, which is based on issues of child trafficking and crimes against women.
Billed as a spy thriller, the film is directed by Razneesh Ghai and produced by Sohail Maklai and Deepak Mukut. ‘Dhaakad’ is scheduled for release on October 1, 2021. (ANI)

At Top Magazines, black representation remains a work in progress