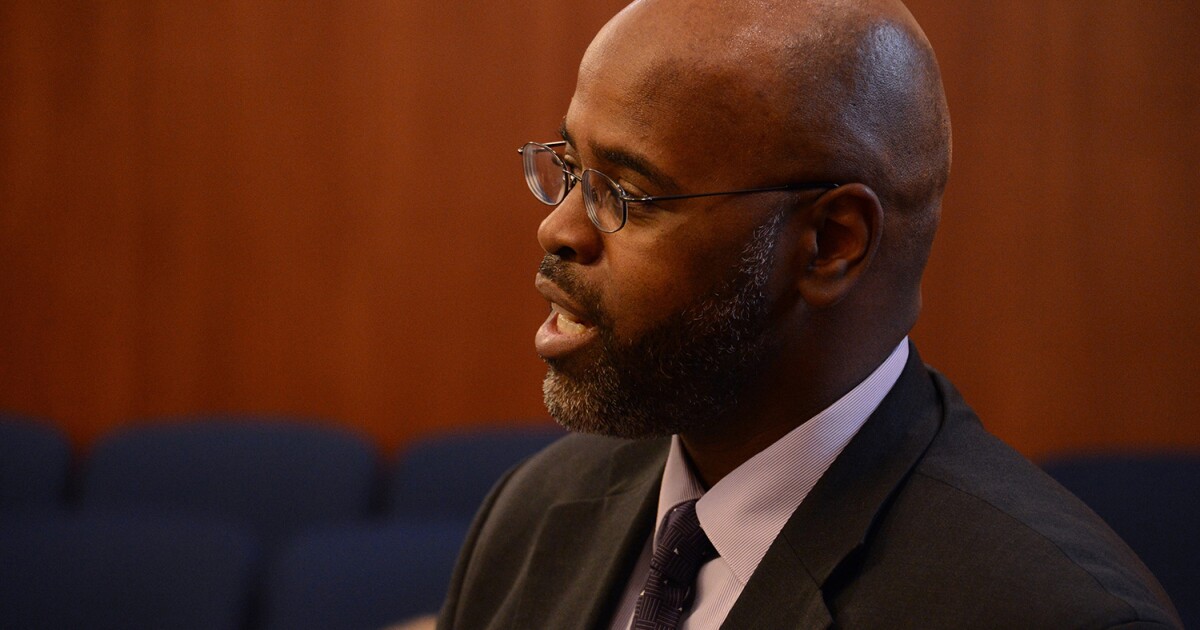 A Senate bill to eliminate hair discrimination in school and the workplace passed the House on Tuesday, but in a radically different form. An amendment deleted the part relating to the workplace.

In the original intent of the bill, school boards and employers would not be permitted to adopt a dress code that: prohibits an individual from wearing headgear associated with race; prohibits an individual from wearing a natural hairstyle, regardless of the student’s hair texture or type; or requires a student to permanently or semi-permanently modify the student’s natural hair. Natural hairstyle includes but not limited to braids, locs, twists, tight coils, afros, cornrows and bantu knots.

(Editor’s Note:This story was originally published on Wednesday, May 11, 2022 by the Alaska Beacon. It is republished here with permission from the Creative Commons CC BY-NC-ND 4.0 license.)

Senate Bill 174 “addresses a problem that many people endure in silence,” Sen. David Wilson, R-Wasilla, said during the bill’s passage in the Senate on March 30. Wilson is one of the sponsors of the bill along with Senator Elvi Gray-Jackson. , D-Anchor.

“People choose to wear their hair natural for many reasons, including cultural connectedness, protection of hair texture and growth, or just plain preference. Whatever the reason, hairstyle has no correlation with job performance or professionalism,” Wilson said. The bill provides an exception for health and safety laws, regulations or orders.

On Monday, state officials voted 23 to 17 to pass an amendment rescinding the workplace provision. Nikiski’s Republican Rep. Ben Carpenter supported the amendment, saying it “is not for the Legislature” to define for employers what a professional appearance is.

“If we think we have the power to define what a professional look is in this case, then next year we can talk about what kind of pants someone can wear, what kind of dress code should be, what kind of car you have to drive and how to park in your parking lot,” Carpenter said. business owner is perfectly right?”

While a few reps mocked Monday for having to discuss hairstyles on the floor, Alyssa Quintyne said hair discrimination is “damaging and impacts every aspect of our lives.” Quintyne, an interior community organizing officer for central Alaska and an artist, testified from Fairbanks in support of the bill during committee hearings. For Quintyne, facing discrimination, including hair discrimination, “is just part of being Black in Alaska.”

Quintyne told a House Education Committee meeting in February that she experienced hair discrimination while working in customer service, academic departments, training centers and for various organizations. . He was told to go to work with his hair slicked back or not at all. As a student, Quintyne recounted being banned from class because of her hair and these other experiences: “As a child, from various teachers, I was pulled by the hair and thrown down the stairs. I’ve had my hair cut and burned before in classrooms. I was tied to bus poles by my pigtails.

Quintyne said nothing was ever done “to remedy the ignorance and bigotry these teachers and administrators apparently had towards black children and their misunderstandings about our hair.”

That is until Senate Bill 174. “It gives me hope that maybe the pain that I and so many others in the state have been through can be avoided for another tiny little black girl with cute little twists and beads in her hair, and she can throw and jingle and be happy and joyful and feel good that she can take all the space she needs, that she is celebrated and respected and welcomed.

The House on Tuesday passed the bill with another amendment: School boards would also not be allowed to adopt a dress code prohibiting a student from wearing traditional tribal regalia or objects of cultural significance during a ceremony. of graduation. Tok Republican Rep. Mike Cronk said his Alaska Native daughters graduated wearing traditional dress. “I don’t care what culture you come from,” he said. “I want to make sure every culture has the ability to graduate and be proud of who they are.”

The bill, as amended, passed the House 34-5. Then it will go to the Senate for a simultaneous vote.